Home Uncategorized The System Failed the Test of Trump

The System Failed the Test of Trump

"The only check remaining is that of the 2020 ballot box. Not Trump alone, but the great political party behind him, is working to ensure that election is as unfree and unfair as possible. In that effort, they have mobilized the active or tacit support of millions of Americans."

Have you ever known anyone swindled by a scam? It’s remarkable how determined they remain to defend the swindler, and for how long—and how they try to shift the blame to those who tried to warn them of the swindle. The pain of being seen as a fool hurts more than the loss of money; it’s more important to protect the ego against indignity than to visit justice upon the perpetrator. We human beings so often prefer a lie that affirms us to a truth that challenges us.

Americans are living now through the worst pandemic in a century and the severest economic crisis since the Great Depression. At every turn, President Donald Trump has made the crises worse. Had somebody else been president in December 2019—Hillary Clinton, Jeb Bush—fewer Americans would have met untimely deaths; fewer Americans would now be unemployed; fewer businesses would be heading toward bankruptcy.

On the eve of the 2016 election, a Pulitzer Prize–winning columnist opined in The Washington Post: “If Trump wins, he’ll be held more or less in check by the House and Senate, because that’s the way our system of government is set up. Not even Republicans are eager to follow Trump’s lead.”

I cite that column—published under the headline “Calm Down. We’ll Be Fine No Matter Who Wins”—not to single it out, but precisely because it was so un-singular. The keepers of the institutions could imagine Trump testing the system. They could not imagine the system failing the test.

And yet fail it did. The story of the Trump years is a story of institutions that failed. The Department of Justice failed. The inspectors general failed. Congressional oversight failed. The national-security establishment failed. The courts failed. Trump has done things that no previous American president would ever have dared, that no previous president sank low enough even to imagine. Sometimes he was stopped, more often not. But whether stopped or not in any particular case, he has never ceased pressing ahead to do even worse the next time.

The only check remaining is that of the 2020 ballot box. Not Trump alone, but the great political party behind him, is working to ensure that election is as unfree and unfair as possible. In that effort, they have mobilized the active or tacit support of millions of Americans.

Trump is a swindler, but the Trumpocalypse of 2020 represents something a lot bigger and a lot worse than a swindle. In the fall of 2019, a nonpartisan research organization studied the distinctive attitudes of Republicans who watched Fox News as their primary source of information. Among that group, 55 percent said there was virtually nothing President Trump could do that would change their minds about supporting him. Fox News and the Facebook feed have become for many Americans friends more intimate and trusted than family or neighbors. The validation of their prejudices by television and Facebook is a validation of themselves.

And so, for the sake of flag and faith, millions of decent conservative Americans countenanced scandals, wrongs, disloyalty, and crime. Trump’s followers live in an isolated knowledge community that has developed its own situational ethics. They wanted to lock up Hillary Clinton for sending and receiving emails on a personal server, not caring even slightly when Ivanka Trump did the exact same thing or when Trump outright blabbed to the Russian foreign minister secrets much more vital than anything Clinton could possibly have risked. They plunged into the QAnon fantasy of a wise and good Trump poised to crush a global ring of child molesters, in order to avoid the reality of a malignant Trump who by his own admission had preyed upon teenage beauty-pageant contestants.

And if Trump’s supporters are not interested in holding him to account, most of the institutions of American government haven’t proved capable of doing so either. The Trump years demonstrated the very great extent to which presidential cooperation with the law is voluntary, especially if he retains a loyal attorney general, and a sufficient blocking vote in Congress.

It’s illegal for federal employees to overspend on travel to benefit themselves or their colleagues. In 2012, a senior executive at the General Services Administration was sentenced to three months in prison, three months under house arrest, and three years’ parole for taking personal side jaunts and overspending on lavish retreats for his staff.

Yet when Vice President Pence visited Ireland in 2019, he wasted hundreds of thousands of taxpayer dollars by staying not in Dublin, the site of his meetings, but at Trump’s golf course 180 miles away, on the opposite coast of the island. Pence tried to make things right by paying for his own room, but that only added a direct personal payoff to Trump to the many other ethical breaches of the trip. Any other federal employee who wasted travel expenses in order to direct money to his supervisor would find himself in serious trouble: facing at least a firing, possibly prison time if the behavior was egregious enough. But not Pence. Not the Trump staffers who meet every Tuesday evening with lobbyists at the Trump hotel in Washington, D.C. In the George W. Bush White House, where I once worked, you showed you belonged by wearing cowboy boots; in the Trump White House, by repaying some of your salary back into the boss’s pockets.

It is illegal for government employees to use their positions to engage in certain political activities. They are especially forbidden to engage directly in election campaigns while on the government payroll. The presidential counselor Kellyanne Conway appeared to violate this law—the Hatch Act—so persistently and flagrantly that she triggered an internal investigation. In June 2019, the investigation reported that indeed she had broken the law repeatedly and intentionally.

If Conway had been a career government employee, she would have been dismissed from her position immediately. By courtesy, however, the enforcement of the Hatch Act upon political appointees is left to the president directly. The investigation, therefore, concluded with a recommendation to the president, rather than a direct order, that Conway be subject to “appropriate disciplinary action”: in other words, that she be fired.

Trump disregarded the recommendation. Conway mocked the finding to reporters. As one journalist read the recommendation to her, she replied: “Blah, blah, blah. If you’re trying to silence me through the Hatch Act, it’s not going to work. Let me know when the jail sentence starts.”

At some point in the 2020 campaign, some federal worker will get excited about the election and post something intemperate on Facebook or do something else to infringe the 1939 law. She will be disciplined—fired if the offense is egregious or visible enough—and she will know that this law that applies to her was ignored in the much worse case of a higher-ranked person. Or perhaps in 2020, the law will be extra-scrupulously obeyed by federal workers, precisely because they already know that there is one law for Trump cronies and a different law for everybody else.

In other democracies, the equivalents of the AAG for the criminal division are career civil servants. The British attorney general has no role in the operation of the Crown Prosecution Service. Germany’s general federal prosecutor is even more insulated from politics. Problems arise in these systems too. Justin Trudeau’s government in Canada was rocked by the charge that the prime minister had leaned on prosecutors in that country to go easy on a corporation that had been generous in its campaign contributions to his party. But in those other countries, the brute political pressure that Trump applied via Attorney General William Barr on the Department of Justice is much less likely to have an effect.

At one point in 2019, Trump simultaneously refused all cooperation with 20 distinct congressional investigations—testing whether there was much Congress could do about it. There proved to be surprisingly little. Congress’s contempt powers lag far behind those of courts. As the Congressional Research Service warned in 2017:

Even outright lying to Congress can prove exceptionally difficult to punish. “Almost no one is prosecuted for lying to Congress,” concludes the leading law-review article on the subject. “In fact, only six people have been convicted of perjury or related charges in relation to Congress in the last sixty years.” Those words were published in 2006, but a report by Roll Call in 2018 found they still held true. The pitcher Roger Clemens was indicted for lying to Congress about steroids in 2009. He was acquitted on all charges in 2012. If you’re a Trump executive-branch official, you must like your chances of getting away with lying—or worse.

Some wonder: Why doesn’t Congress act? But there is no “Congress.” There are only the two parties in Congress. The members of the two parties cannot even agree on methods of evidence or standards of behavior. Republican Representative Ted Yoho from Florida spoke for troublingly many members of his caucus when he said of a fellow member of Congress that he “works for the president; he answers to the president.” Yoho’s district around Gainesville, Florida, voted 41 percent against Donald Trump in 2016. Those voters are also Yoho’s constituents, but he does not answer to any of them. In his mind, he is a party man first and only.

Congress as an institution cannot function on this kind of partisan mentality. There can be no meaningful oversight of the executive branch if the only standards are “Yay, team!” and “Boo, team!” The party of the president should be just as keen as the other party to enforce subpoenas and punish contempt, because both parties in Congress should feel the same concern for the powers of Congress. But of course, that’s not how things work.

Almost all Republicans in the House of Representatives, and the great majority of Republicans in the Senate, will act to defend a president they despise against charges they know to be true. The worst of them will hare after crazy conspiracy theories. Most, though, will voice their concern and then find ways to avoid their duty. The system that protects all of us has failed because the protectors of that system have failed to protect it for us.

Democracy does not fly on autopilot. If the people responsible for the institutions of democracy will not do the job, the job will not be done. While the job goes undone, the United States and the world careen toward conflict and crisis. 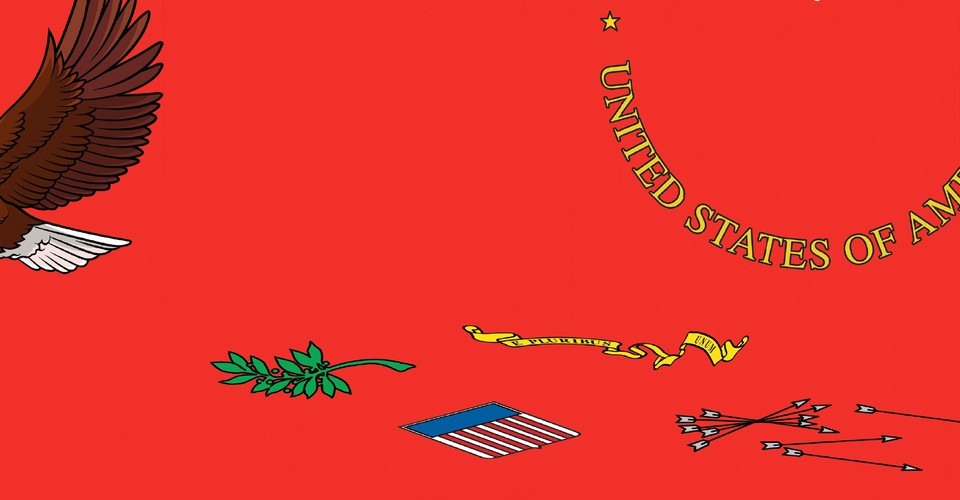 The System Failed the Test of Trump

The story of recent years is of institutions that were unable to constrain the presidency.